Helium HNT reward distribution: What is GOOD performance? What happens at 100,000 nodes? 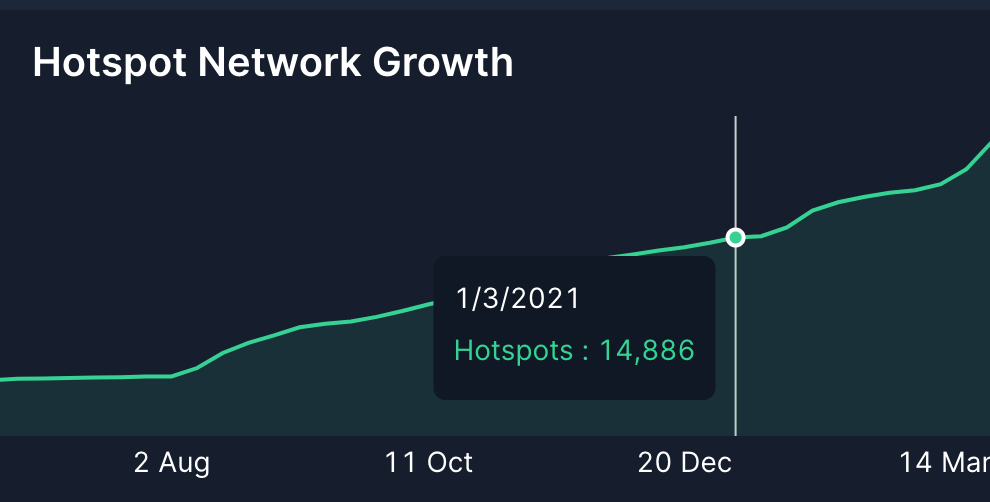 The Helium network is growing at breakneck speed, and for every new entrant that means another node in which to split a fixed block reward. However, the reward division is not clean cut, after all it depends on coverage provided and proximal node density. Everybody knows how much HNT reward they earn, but is the node performing well? Another related, and more tricky question to answer is where are rewards going after the network 10x’s in size? The rest of this article will lay out some numbers to answer these questions.

First, some ground rules: for a node to be eligible in this analysis it must meet two criteria. This is done to filter out new nodes and nodes with too much downtime. Any node in good working order, even lone wolves, won’t have a problem satisfying these conditions.

The analysis consists of 500 randomly selected nodes, with HNT tabulated over 31 days. I’m not filtering for known gaming populations, consensus elections or any location in specific. To do all this I queried the Helium API and used a statistics package. If you want the python let me know.

One thing to keep in mind – on December 16th 2020, the Helium team officially pushed a major reward change in the form of HIP15 / HIP17 (see this great video to understand the concepts). This makes it difficult to draw parallels from 2020 since that reward structure operated under a different set of rules. Don’t forget the monetary policy shift of HIP20, which introduced a max supply cap and halving schedule! Come August, all of this analysis will be turned on its head as rewards reduce by 50% over night. 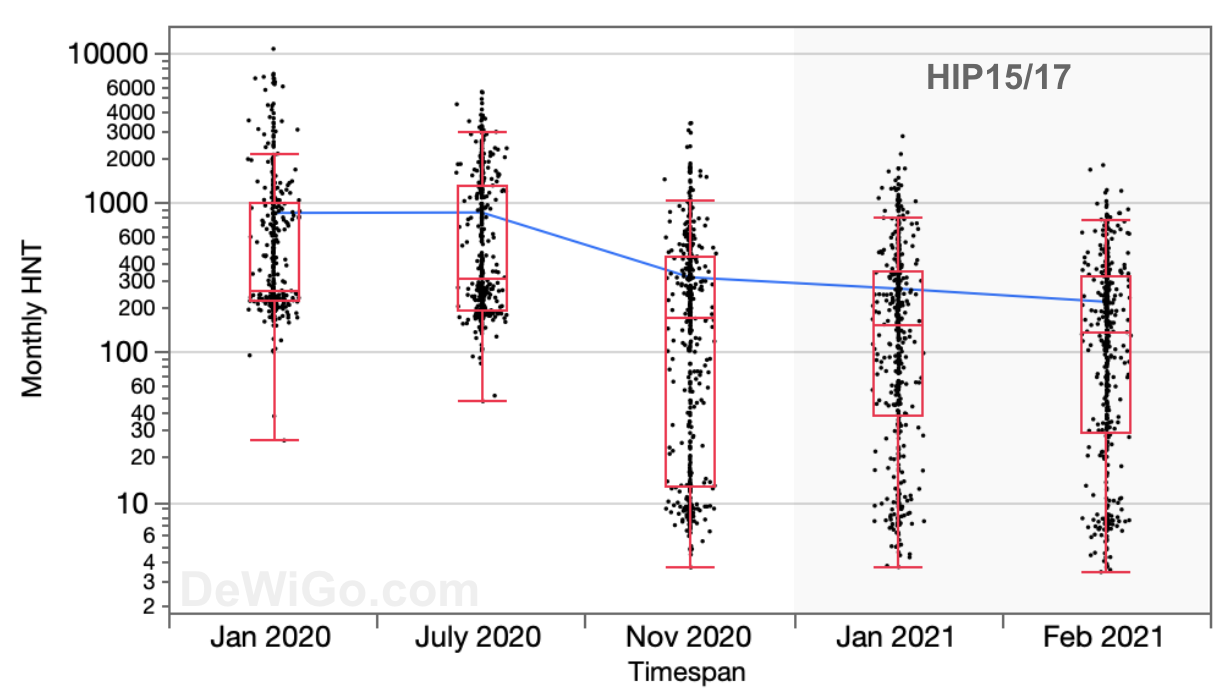 This is a box plot of five 1-month snapshots in time. (Need a box plot reminder?)
A few points on the box plot graph:


Another way of showing this information is with a cumulative distribution plot. 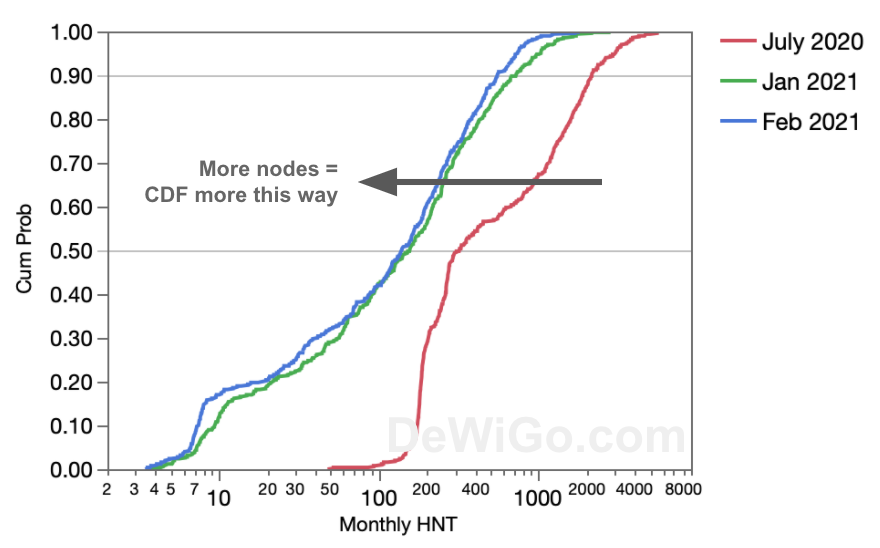 A few takeaways:
January to February had modest growth in node count, adding about 3000 (20% overall inflation), and the 50th percentile monthly reward shrank by about 10% and the long tail rewards by about 15%. As the network continues its march to 100-200k nodes, we will see the CDF lines shift left as everybody makes less and less HNT. So far it looks like the low & high ends are more affected by node dilution. 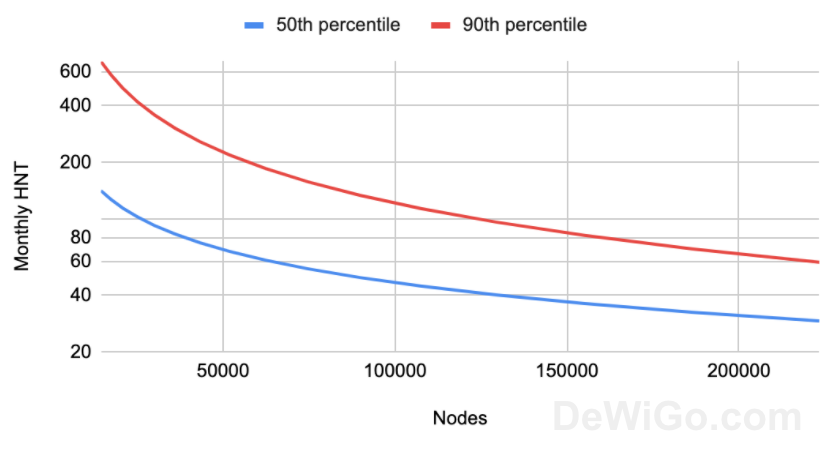 This is my 5 minute back of the envelope projection — no doubt there are better ways of modeling this. As the great 2021 gold rush plays out I may refresh it.

This post is a long winded way of saying it’s great to be an early adopter in a promising project :)

2021 will be an exciting year for Helium. The project has already captured numerous “world largest X”, and there is still a clear path to 10x’ing node coverage within 12 months. What will the headlines say in 2022? What fantastic new use cases will emerge for an ever present network, unconstrained by battery life and Big Telco costs? Temperature sensors, weather stations, rat traps.. those have great utility, but are frankly pretty boring. We’re just scratching the surface.