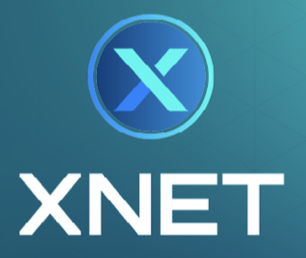 Bear markets are for building and September 24th marks the announcement of XNET, a new cellular DeWi project building with CBRS spectrum. It also means the cellular DeWi space has effectively tripled in size from a single player in 2021, to three in 2022, with rumors of more protocols within the year. What’s different about XNET? Can it be the first to sell bytes for dollars?

The DeWi narrative is that these crypto cellular networks have a clear path to real cash flow by offloading traditional incumbent networks like T-Mobile, AT&T and Verizon, a.k.a. Neutral Host. Helium was explicit in that mission for the last two years, but just launched the Crypto MVNO – which sounds similar to, but is vastly different from neutral host. Pollen launched Feb 2022 as a privacy-first data-only network for people who want to opt out of their traditional plans, but is not shy about exploring Telco offload deals. Yet, nobody has sold a single byte of data. Submitting to Big Telco must be harder than expected.

XNET is pursuing neutral host with far greater zeal, using a hardware stack capable of ‘full-service voice and data’. These packet core features are not cheap or simple, which definitely rules out Magma. XNET’s vision may even extend beyond mere neutral host with hints scattered regarding a MNO service built on top of this project (hybrid mobile networks seem to be all the rage in DeWi). Is there substance here? Let’s dive into the whitepaper and see.

under the hood: token rewards

My first question is whether XNET makes any notable departures from DeWi norms, starting with rewards. Introduced are the concepts of Connectivity Mining and Mining Difficulty: “XNET turns the multivariate, nuanced connectivity factors of a node into a convex, real-valued function, with higher scores representing better connectivity.” If you’re a little lost, I’m with you. This sounds suspiciously like a Proof of Coverage yield to me. (why can’t we all just use the same phrase? :) To calculate token reward, the XNET reward function combines several weighted scores:

Details are slim, but the concept of Mining Difficulty looks like a token emission tuning mechanism to keep token delivery “in check” as to not over or under reward participants. Based on cutting remarks directed at Helium and Pollen, both who use simple issuance mechanisms with halving schedules, I’m going to guess there will be less of an incentive to rush XNET deployments to capture early token allocation. XNET avoids a front loaded issuance schedule to such an extent that they appear philosophically opposed to a bitcoin-like models. On the flip side, both Pollen and Helium allocate ~11% of all tokens to miners in the first year. For XNET, my guess is lower.. much lower. One highlight in my view: both investor and insider token pools have vesting of 36-48 months. This is longer than the norm. However, elsewhere in the whitepaper there are brief mentions of ROI which frankly open more questions than they answer: a time horizon of 6-12 months to recoup HW costs is provided as an example, but baked into this assertion is a FDV of $4-5B. How XNET expects to maintain this token valuation using a mining difficulty function is anybody’s guess.

under the hood: new stuff

Venturing into new DeWi territory are the concepts of slashable node-level token staking and variable-rate data cost. Pollen and Helium data costs are both anchored at $0.50/gb, however XNET created an entire data marketplace using burn/mint XNET data tickets (XNETD) with exotic qualities: expiration, priority, and restrictions in geography or time-of-day. Variable data costs within the TradWi industry are a thing, but extremely coarse in comparison to that proposed by XNET. Astute members of the DeWi peanut gallery have suggested such a marketplace in the past, but XNET appears to have built it. Bravo.

Node level token stake is used in XNET both as a way to improve your earnings through locking, and as a slashable pool of funds to deter cheating or abysmal quality of service. Anybody involved in a DeWi gaming police capacity will tell you: the real overhead comes in issuing judgment against a suspected bad-actor. I’m not sure how XNET is solving the core scalability challenge of stopping cheaters, instead it just forces would-be cheaters to further calculate the business impact of getting caught. However, XNET staking is not purely a cheat deterrent, but mainly a “big stick” to get nodes to keep uptime and QoS high. Not to mention, token locks separate holders from liquidity, and a certain class of people really like these functions.

Signal validation will come from three sources: the CBRS units themselves (picture a Helium LoRa node which can both beacon and witness), band 48 cell phones, and finally XNET-funded 3rd party validation, according to XNET discord. This is a departure from both Helium and Pollen who rely on the purpose-built Spot and Bumblebee hardware. I’m personally a fan of dedicated hardware and funny validation rules. There is actually an enormous community & cultural appeal to these devices, with miniature economies and job functions sprouting up to support this task. A well designed validation requirement can also act as a very powerful behavioral incentive: Pollen’s need for daily bumblebee validation is actually a force for network densification in disguise. But, something tells me XNET will use other means of steering the masses. Which leads me to my next point..

under the hood: centralization

I have a nagging question in the back of my mind reading the whitepaper: whose network is this, really? Reading “XNET fully controls its hardware supply and delivery logistics and does not intend to randomly deploy its network nodes” and “The number of nodes per coverage area will be strictly limited and balanced” strikes a tone like they will control where every node will live, how it will arrive at your door, and how much you’ll earn from it. There are several pages dedicated to the description of a future DAO structure, including some cool sounding token governance NFTs. But it’s reminiscent of Pollen’s Phase II and Phase III, which is to say, far from realization.

These centralized control themes stand in contrast with Helium culture which takes a firmly hands-off approach: incentives, not decrees, steer the behavior of masses. On one hand, Helium’s approach led us to 40 LoRa hotspots per square mile in San Francisco (a ridiculous quantity), a ocean of youtube rants regarding gaming and profitability, but on the other hand it’s not clear they would have gotten to 1 million nodes, dozens of LoRa OEMs and a global footprint any other way.

DeWi projects are still retail oriented and these people are scattered far and wide. Pollen tried to control geographic distribution at first, but quickly gave up as they faced an upset community of early enthusiasts. Plus, they sell more hardware when they don’t limit where people place them. Other projects like Planet Watch have had a little more success controlling geographic dispersion with the sale of licenses. Then again, nobody talks about Planet Watch. I’ll be watching with great interest to see how the XNETs approach plays out.

XNET’s non-Magma tech stack is easily its most differentiated feature and the XNET whitepaper strikes a mature tone, as if saying: ‘Sit down. This is how you do DeWi.’ Implied is the expectation of mature execution by participants. After all, integrating with MNOs is firstly a question of technical and operational feasibility, both of which XNET plans to nail from day one.

The Helium MVNO launch, while laudable, is also a tacit admission that a pure tier-1 neutral host is far more difficult, if not outright impossible to accomplish. This is what I love about the XNET approach: the team is clearly inspired by the Proof of Coverage breakthrough from Helium but also exploring a new radio access tech stack. While the reception amongst DeWi regulars has been mixed mainly due to economic and token questions, I have a feeling there are some interesting web3 features to come as well as general clarification as the XNET team emerges from stealth, finalized funding and starts shipping hardware.

One thing is clear: the race is on. Three teams, zero bytes sold. Who will be first? LFG!

There are currently no comments on this article.